Capturing side view whilst on a train

I’ll be taking a long train journey from middle of England to north of Scotland next month (min 10 hr train journey) and was wondering if there’s any value in capturing images from the side window of the train. What information can Mapillary get out of such images to enrich the base maps?

As a test, I mounted the phone to a side window of my car and found that almost every image captured was blurred. Trying to phone to point 45 deg forward was difficult due to the size of the phone and the mount (I got sent from Mapillary).

So, any suggestions welcome. 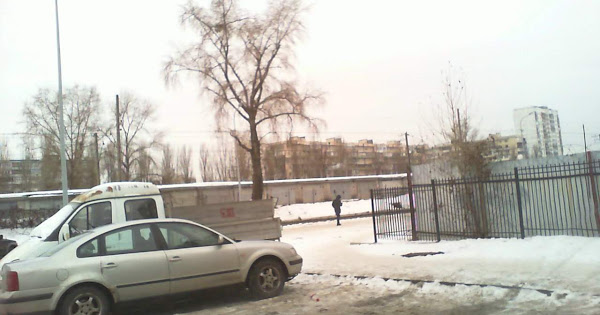 Some phones just don’t have the shutter rate to handle fast side movement. Action cameras would be better. That said, with rolling shutter (on either phone or action camera), you will notice either jittery lines from vibration or simply diagonal stretching (see https://www.mapillary.com/app/?focus=photo&lat=41.943499990736086&lng=12.510251160742882&z=17&pKey=KHL-n1q_tJ_J_QnarJojxQ). I still think it can be nice to have those photos, though.

Thanks everyone for your suggestions.

The devices I have in my possession are:
iPhone 6
iPhone 6+
iPhone X
Nokia 8
Nexus 4
Yi Action Cam

Not sure what’s the fastest shutter speed or the type of shutter (rolling or otherwise) on these devices, but I’ll have a go at trying out a few of the suggestions.

I recorded on the way back to Ohio from California. I found that when it got dark, with no head lights, it was not worth recording.
I mounted the phone at about a 45 degree angle pointing back the way the train had come.
The only blurry shots were when the train tracks passed close to buildings and Bridges.
I’m not sure how much value there is in this recording.

Thanks @JBTheMilker. Yes, that was my question too to Mapillary developers. Is there any value in recording side views of a train journey.

The photo I linked to was with a Yi Action camera. I also have a Nexus 4, and the camera is pretty lousy. I would guess that any of the other phones would probably be fine, because I know some of the modern ones have pretty good cameras, but I don’t know how they would compare to the Yi.

ive been wondering the same thing as well. i had a quick look around the map (in ireland) and found these sequences. the image quality is not great though and they dont last long enough to tell whether you would capture that many interesting things

the last time i was on a train i held my phone up for a bit as well to see what it was like and photos were similar enough to the above sequences. slightly blurry and not much to look at apart from fields and trees but you might have better luck if you are going through a lot of towns and cities

Thanks for the sample images. Yeah, they don’t look very interesting. Of course, it would be ideal to be able to mount the camera in the driver’s cabin, but not sure if they’d be happy for me to do that.

My wife and I will be travelling to Fort William in Scotland from West Midlands and from Fort Williams we’ll be travelling on a special scenic rail service (that runs only twice a year) going over the famous Glennfinnan viaduct (made famous from Harry Potter films https://bit.ly/2Wtkkwc) and other Scottish Highlands.

I’ll ask the train company if they wouldn’t mind sticking my phone in the cabin of the driver.

I tried in canada, and it was not worth doing so (toronto-Montreal).
While in europe sometimes it was worth the try, it works mostly with open windows and 45 alike degree ahead or backwards.
If possible, I go to the end of the train and use the window showing back and take that view (e.g. ennstal in austria). Thats quite fine, just need a mobile holder

As you’ve seen, it will depend on the camera and the lighting. It sounds like you’re looking for humans. For me, I’m not so worried about that as just raw data that could be useful for generating data.

Anyway, here’s one from The Skyway in Jacksonville. On a sunny day it works great.

What would likely be of interest, both to Mapillary and to OpenStreetMap contributors, are shots of roads and parts of towns and villages which can otherwise not be seen from the tracks : your photos may well tie various elements in other photos together.

I have tried to shoot from inside a train in order to grab side views with a smartphone, but glass reflection, shaking and vibration made for miserable pics.

Maybe with an action camera + some suction mount results would have been better.

But for now I quit trying this

sideways is mostly bad, because train runs to fast for this.
Tried this several times.
BUT on historical trai you may get out on the platform or open a window and use mobile or action cam with a flexible tripod to photograph side/45 degree wide.
Another possibility on some train: at the end of the train sometimes a window onto the track is open to take pictures.

I was doing some of it. Not easy task. Not possible with phone. Got blurry images even in bright dailight. But using gopro in 0.5s timelapse photo got great results.
It must be sunny and clear day, and window need to be clean.
You need to position the camera touching the window and best to cover it with dark cloth to minimize reflections.
Check the gps signal because in electric trains it can wander off much.
Easiest way is to put camera by the window just siting on something. Trains usually are not that bumpy so no mount needed.
What you get? Quite lot of data for adding to OSM. There are lots of paths going through railway areas or pararel to the tracks. Railway crossings (if there is a light or barier) or if crossing was removed/closed.
Examples:

But as it is not possible anymore to adjust the sequences to the railroad tracks, the whole surroundings can be polluted.

You did the photos using hands? I think suction mount and smartphone can do the job. As it would be difficult to position lens to touch the glass all the time to minimize reflections you can use gear like Ultimate Lens Hood (camera, action camera, smartphone versions available), DIY something similar (black carton, 3d print or whatever similar), use a cloth to cover.
As for blurry pictures maybe you have to experiment with focus settings in Mapillary app. If the train is too fast the autofocus can lag. Fixed setting or other focus mode might help then.

Windows on trains are rarely clean, you will also get reflections and dazzle from sun etc.
But there might be some value in some of the images.
Here is a mixed bag