Wondering if a z-axis mechanical stabilizer might be something to buy? DON'T!

I bought this one: 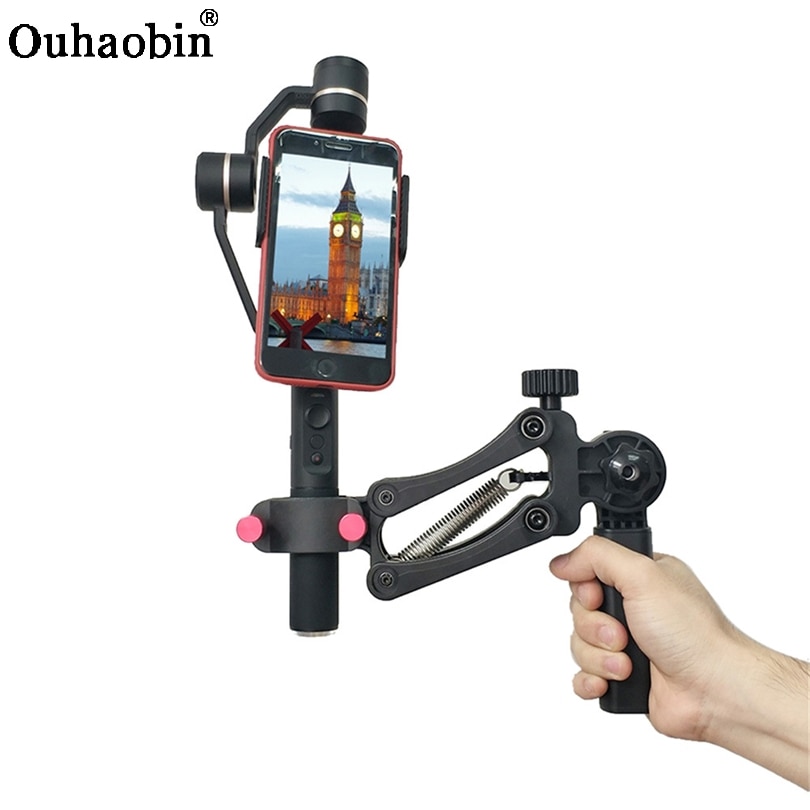 The idea is nice. BUT looking at the video again I feel misled. the image is stable, Yes. But thanks to the electronic gimbal attached. Not thanks to the stabilizer I bought!

I have tried adjusting the strength of the spring in all possible ways… it’s just crap. Short shocks it absorbs, yes. But One needs stabilization in walking etc. And when I look closely you can see the person really tries to walk as fluently as possible to not show that.

The only way it might help is on a bicycle, to absorb short shocks… maybe?

I think any aliexpress gimball (or even a more expensive one) would not be very necessary if you have decent electronic stabilisation, like most modern cameras

Such dampeners are known from the SteadiCam movie camera stabilization system. They relies on a lot of expensive mechanics, training of the user and the inertia of a 30-60 kg camera. A smart phone weighs nothing in comparison, and even though a system would be possible, they don’t have the weight to dampen in any significant way. So you are absolutely right: This cannot work.

I have a dji gimbal for a phone and it works well when walking. Without the gimbal the sequence is unuseable. I have been capturing walking tracks.

When (if?) the Mapillary-app supports my YI360 I plan to build a mount for my bicycle and try this stabalizer…
I have a rod where I can create something for to mount it to my bicycle, then that stabalizer with I think some extra extra weight… and see how stable it is. In that setup it just might not have been a total loss buying it

Some years ago, when I still lived in New York City, I tried building a stabilizing camera mount for a bicycle. I used to have videos of some of the contraptions I built, but I don’t think I still have them. I’ll look through the old backups when I have a chance.

What I can tell you is that I seriously doubt that any system based on springs and levers is likely to work for a lightweight camera. There’s simply not enough inertia. But what might work if you want to play around is a system based on magnets. That was the one that came closest to working for me.

I created a camera mount out of 1/2 inch PVC pipe that rode up and down on two vertical wooden dowels, suspended by magnetic fields at the top and bottom. In other words, the magnet on the movable mount had magnets both above and below it, each of which opposed the movable magnet and kept it suspended.

That actually worked better than anything else I’d tried. But it was crude and kept hanging up on the dowels. With refinement, I think it would have worked. But before I could actually refine it, the old lady and I split up; and I hurried up and moved before she changed her mind.

That’s actually true, by the way. I always wanted to live in the country, but my ex hated rural life. She was the only reason I still lived in the city; so as soon as she left, I sold the tech support part of my business and started looking for a place in the country. I can do Web development anywhere I can get the Interwebs, after all.